They Didn’t Learn With the Super Bowl Ad…

Budweiser pissed off craft beer drinkers in a big way during their infamous Super Bowl 2015 commercial. The craft beer community let them know that we were not happy. There has been direct outcries of “foul” and high production value spoofs. Now they have done it again by taking a punch at another craft beer. Read below to get the story brought to us from First We Feast.

But it appears that Anheuser-Busch’s marketing team has forgotten—or completely ignored—the backlash that resulted from the Super Bowl pumpkin peach fiasco. 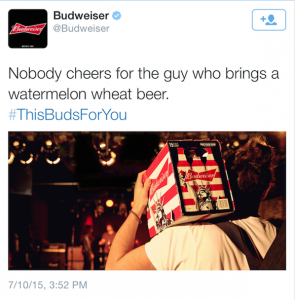 Looks like AB thought it would be a good idea to step on another craft brewery’s toes, and alienate craft beer fans once again. To basically everyone who likes craft beer and has a Twitter account, this appears to be a direct dig at 21st Amendment Brewery and its Hell or High Watermelon Wheat Beer. 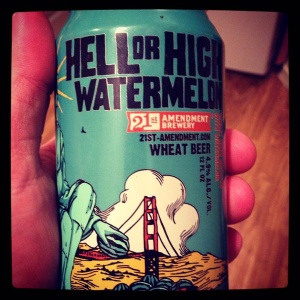 Many are wondering why AB is choosing to attack (and thus alienate) craft-beer drinkers, if those are the consumers Anheuser has been trying to keep or win back. Twitter responded to Budweiser’s haterade, showing their support for 21st Amendment and craft beer in general: 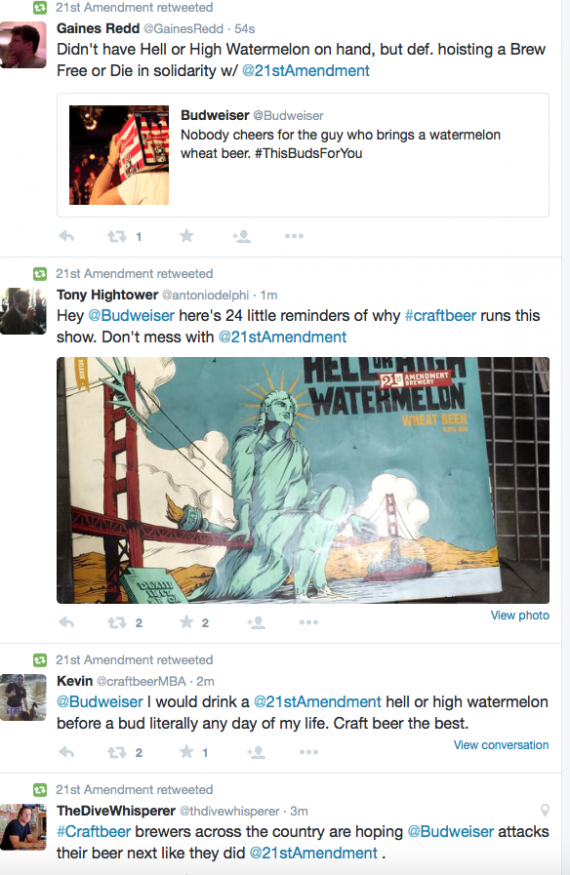